Hey now, you’re an all star… now strike a pose!

All Star Mondays at Machine is a weekly institution in the Boston LGBTQ scene. The roots of this event stretch back to the days of club Quest and Queer Circus from the 1990s. The event helps people shake off the shock of starting a new work week, or gives those who are still in party mode from the previous weekend another reason to ki-ki and carry on. Each week there’s also an elaborate drag show hosted by Violencia Exclamation Point and features several performances. 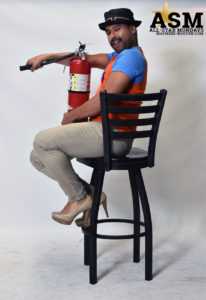 Recently, I was called in for a last minute shoot at this event. There wasn’t much time to prepare and I had to work fast, but despite everything I managed to land some fun shots of some performers as well as some of the patrons. Special thanks to Jay Ine and Reggie Johnson for giving me the call(s) and landing me this opportunity.

You can check out more shots from this event (and others) on my photography page.

Let's Stream! The DJ in the Digital Age