The Ladies of the Night… 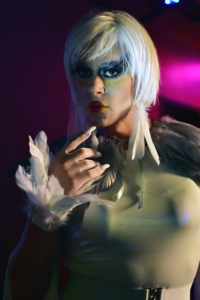 When I’m not working on beats, graphics or binge watching anime on Crunchyroll, I’m out and about with my camera trying to capture the essence of night life in the LGBTQ community. Drag queens, club kids, voguers and ravers have always been part of this scene. Without them, much of the edginess of a bar/club is lost.
Going back to the days of Quest in the 90s, Mondays has been an essential evening for those who want to go out during the weekday or still have energy to burn from the weekend before.
All Star Mondays at Machine has continued the Monday night tradition, with an elaborate drag show that’s never short of entertaining. Here are pictures I have taken of some of the many performers over the last few weeks.
The Party Starters
124802 Testing from the mobile phone...